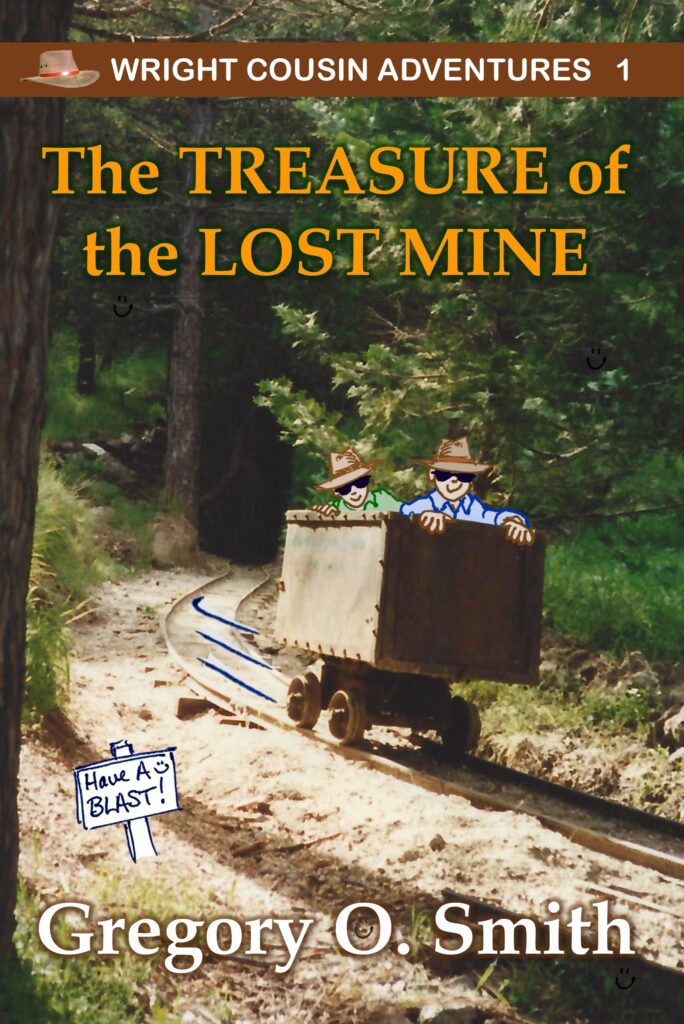 1 — The TREASURE of the LOST MINE

Tim broke the nervous silence. “What—what was that?”

“I don’t know,” said Robert. “But whatever it is, It’s been locked in there for over a hundred years…”

Meet the five Wright cousins in their first big mystery together. I mean, what could be more fun than a treasure hunt with five crazy, daring, ingenious, funny and determined teenagers, right? The adventure grows as the cousins run headlong into vanishing trains, trap doors, haunted gold mines and surprises at every turn. Have a blast with the Wright cousins as they team up to uncover the real Treasure of The Lost Mine!

Please note that I use Amazon affiliate links so may receive a commission for sales through them: this has no effect on the price for you.